Thunderstorm with threat of hail during the day ; then pretty sunny. In the afternoon winds becoming moderate north northwesterly in Haute...

Thunderstorm with threat of hail during the day ; then pretty sunny. In the afternoon winds becoming moderate north northwesterly in Haute...

For the first time, skiers boarded the Vanoise Express: the biggest cable car in the world to explore PARADISKI’s 425 km of pistes. The second biggest inter-linked ski area in the world, PARADISKI connects the ski areas of les Arcs/Peisey-Vallandry and la Plagne to bring you an absolute ski experience and an infinite variety of terrain.

To mark the anniversary, PARADISKI has asked designer Jean-Charles de Castelbajac to decorate its cable car, the Vanoise Express. The famous ideas man and world renowned artist will create a new work to decorate the two cabins. You can see it as soon as Paradiski opens on 21 December 2013.

To celebrate its 10th birthday, PARADISKI is creating the «extreme» version of the event: PARADISKI GReAITY!
On 16 December next, you will be able to feast your eyes on a «world first in highlining» (slacklining at altitude) at a height of 380m. Two of the best highliners in the world, Julien Millot and Tancrède Melet, will try to cross the 60 metres on a strap suspended above the void between the two cabins of the Vanoise Express. Defying gravity in magnificent surroundings!

And so we can all celebrate the anniversary together, Paradiski is offering you a discount of 10% on all lift passes bought on line before 31/10/2013 (excluding the Family pack and Tribu pack).
Go to lesarcs.paradiski.com 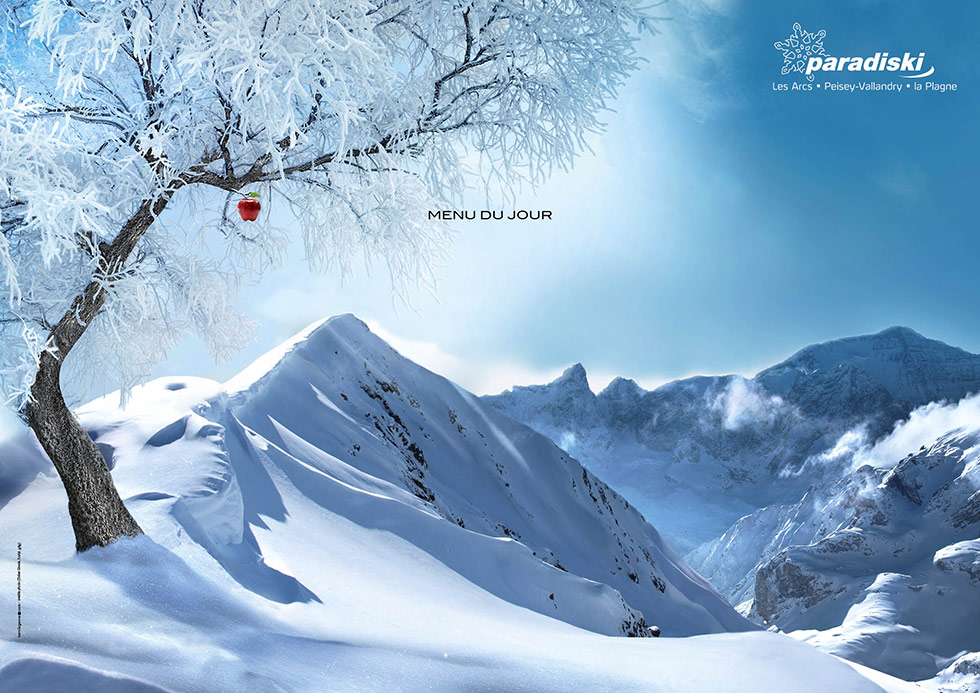